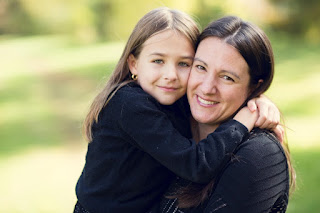 My first draft of this began, "Sarah is not afraid of having difficult conversations." And from the outside, that seems very true. When she argues with someone who's being deliberately ignorant, or when she tells a friend or family member something they need to know but don't want to hear – she does it with  confidence and conviction. These are the conversations that most people would rather dive off a cliff then have, and she marches right into them, seemingly without fear. But that’s only the way it appears. She feels the same deep discomfort as you and I do, but pushes through that to say what needs to be said. About half the time, it’s the choleric in her that makes her speak up. When someone is promoting a mistruth, especially a dangerous one, she’s all over them. Anti-vaxxers beware because (in her own words) vaccination is the hill she will always die on. She regularly takes on relatives (of mine, sadly) who post White Lives Matter-style garbage on social media – and it’s a beautiful thing to see her rebuttal them into oblivion. 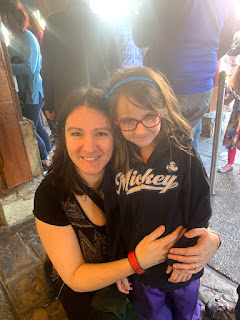 But these fact-versus-fiction arguments are as much a tribute to her intelligence as they are to her willingness to set aside discomfort. She’s the only person I know in real life who reads literally hundreds of books a year. I think the harder conversations (ones she’ll still have just as readily) are those  grounded in emotion. Not too long ago, she sat down with a neighbourhood friend to talk about how one of their kids was bullying. Veronica had alerted Sarah to a situation between two school friends, and within a day, Sarah was sitting down with the mom to talk about it. I would have agonized over it and put it off forever; Sarah agonized over it and did it the very next day. She’s also unafraid to wade into issues of long-standing family dysfunction. If one partner in a relationship is leaving the other to do all the heavy lifting; if man-boys are taking advantage of their overly accommodating parents; if elderly siblings have ridiculous late-in-life feuds – Sarah will be the one who says something when no one else does. She doesn’t do this just to be confrontational (and that’s not even how I would describe her approach,) she does it because she knows that we’re capable of being more than we are. She’ll never accept someone (her husband included) saying, “That’s just the way I am.” She knows that everyone can be better. 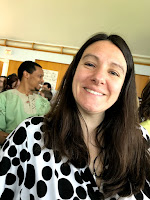 She does this all so well because she has a very deep understanding of people. I feel like we’re both empathetic, but while I may be in tune with how people are feeling, Sarah has a much better grasp of why. Alongside every fluffy book she reads for leisure, there’s another book she’s reading on psychology or sociology or history. And that knowledge doesn’t sit idle. A lot of it is turned inward as she’s still discovering new and vital things about herself over four decades on. But it’s turned outward just as effectively. She'll draw parallels between you and your long dead ancestors. Her untrained diagnoses of special needs are shockingly accurate. She'll chip away at misconceptions you've had about yourself or your family for your whole life. She seeks and shares truth.
I feel like our kids will know themselves very well because of her. There are things I've learned about myself later in life (thanks to Sarah) that I wish I'd known when I was young. Our kids will be so much better equipped. I hope they'll know and love themselves, but still challenge themselves to grow. Sarah always asks them, "When am I proudest of you? When you try hard and when you're loving." It's how she feels about us all, really.