I have one of those faces that looks familiar whether you know me or not. Two things happen to me fairly frequently: people believe we’ve met before when we haven’t, or people say, “Do you know who you remind me of? That actor! God, what’s his name? You know—that asshole who married that tart. You’re like twins, the two of you!”

Here is a brief study of actors and generally famous people I’ve been told I resemble:

The kid from Milk Money

This one’s totally obscure, because you haven’t seen this movie, and if you have you don’t remember it. It was this rom-com where a kid buys his dad a hooker. Heart-warming, really. I don’t even know what this damn kid’s name is, but the resemblance is freaky—more to my younger self then now, but freaky nonetheless. 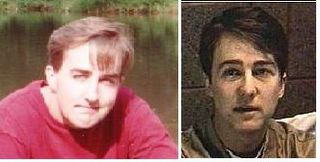 I get this one a lot. We both have that simple, side-parted, little boy’s haircut and the allergy ruined eyes. This probably isn’t the best representative picture and, in fact, makes me look more like Billy Bob Thornton in Sling Blade, but hopefully you get the idea. 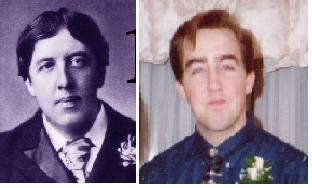 You catch him at the right angle, you catch me in the right light, pretty uncanny resemblance. Otherwise: no resemblance whatsoever. 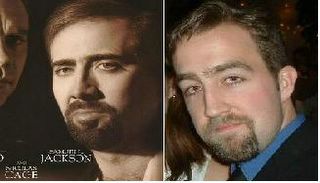 It’s the eyes, the near-unibrow, and the thin hair. When Kiss of Death came out about ten years ago, we were both rocking the goatees and I could have been his younger wimpy brother.

Let’s hear from you. Who have you been told you look like?

Anonymous said…
Man, I totally called the Nick Cage one.

kris said…
This made my day!

You soooo don't look like Quagmire. But I think I look a little like Lois. Oh well.
2:10 pm

Beth said…
Back when "Life Goes On" was on TV (remember that show?), I was always told I looked like Kellie Martin.

Now I always get Emily Watson (but usually phrased as "you look like that actress... you know who I mean... she was in that movie..."
2:25 am

There will be some gentlemen from the Club over to see you imminently.

Me: Ralphie from A Christmas Story (in my younger days - now I look like he would 20 years later)

Just A Rat: Stone Cold Steve Austin, for sure.